skip to main | skip to sidebar

I am moving my blog to Wordpress.
Posted by Spencer at 12:10 AM No comments:

Ever noticed that giving someone the perfect gift is super fun and makes you feel great? For instance (not to toot my own horn here), for Father's Day, I got my dad a Clive Cussler book. (Totally on sale at B&N for like $7, and plus, I'm going to read it after he's done. Can't go wrong.) I was a little worried that it was one he had read before, but it turned out that he hadn't, and I was all happy because he was all happy.

I've also noticed the same "all-happy" feeling when people enjoy something I've cooked. For instance, I had a late birthday party at my house a while back, where I made chocolate chipotle cakes. They turned out delicious, if I do say so myself, and a large part of my enjoyment of the evening came from having made something that my friends enjoyed.

Why do you think such actions, and in general, doing nice stuff for other people, engender such feelings? Allow me to answer my own question and pontificate a little bit.

So last night I had an incredible dream, which involved chasing down drug runners in a car driven by Grant Gustafson. At one point, they had set up a blockade in this parking structure, and were waiting with guns drawn for us to drive through. Gustafson said something about having the element of surprise, so we drove (at a very reasonable speed) up to the blockade, then turned around. The drug runners promptly freaked out and couldn't shoot us properly, so we got away from the blockade, but then we got up to a traffic light and had to duck down beneath the level of the windows so the car would stop the bullets. However, since we were outside, they didn't dare shoot us, because they would have lost business for some reason, so we were all right.

Then I looked out the window and it was snowing. It's May 24, and it's SNOWING. WHAT.

I finally got to work 35 minutes late, thanks to a) waking up 90 minutes late and b) snow-bound traffic. On the walk from the parking lot over to the math building, I was wading through a good inch worth of wet slush, which promptly infiltrated my shoes and irrigated my socks. Which became cold. So my feet were cold.

Ah Mondays.
Posted by Spencer at 10:01 AM No comments:

So I was attempting to typeset the Jacobian matrix, right? For some reason, the matrix environment decided it would be fun to put all my fractions in inlinestyle, even though I had the matrix wrapped in \[ \]. So I changed my \frac's to \dfrac's, only to discover that it typeset them uncomfortably close together. The solution, which I found at desk.stinkpot.org after lots of googling, is to manually adjust row spacing in the matrix. How do you do this, you ask? Why, it's quite simple -- by putting a spacing amount in brackets after your linebreak character:

Monday I was at the eye doctor. Dr. Jeppsen was doing his thing with the bright light in the eyes and the magnifier thing. He paused for a moment, and said, "Hm, you have a small scar here on your left eye."

"Oh really?" I replied. "I didn't know that."
"Yeah, but it doesn't look like it would affect your vision." 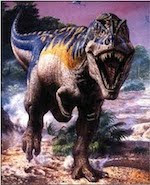 I mentioned this to my mom after I got out of the appointment. "Oh," she said, "that must be from the dinosaur."
O_O WHAT.

Apparently, once, when I was a small child, I was playing on the lawn while my mom was cleaning out the motorhome. She threw a toy dinosaur out the door and its tail struck me right in the eye.

I was as disappointed as I'm sure you are to learn that my eye scar was not, in fact, caused by an actual dinosaur.
Posted by Spencer at 6:57 PM 9 comments:

1) I hate that I have to do this, but I'm turning on captchas for blog comments. I've been getting a lot of spam lately. So for those of you who actually want to leave comments, you can deal with it because I'm tired of deleting stuff.

2) I recently received an (all but formal) acceptance email from SDSU/UCSD's MSED program. This is awesome. The more I think about it, the less I'm convinced I should wait for the other schools to send me an offer. The MSED program is pretty cool, and the offer is rather attractive - tuition, fee waiver, they try to cover major medical, and a stipend of $19,500 the first year.

So I called the San Diego institute today, and the lady said that housing on their housing board generally goes for between $400 and $700 a month. This is a lot less than I was seeing on Craigslist, so I'm thinking $19,500 (which, if you don't want to do the math yourself, is $1625/mo) is pretty feasible to live on, even in SoCal where cost of living is higher.

To sum: Probably, really soon, I will be an Aztec and a Triton. Woo!
Posted by Spencer at 9:57 PM 8 comments: 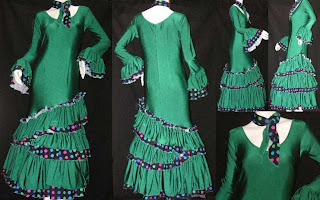 My dream last night: I was back on the mission (I have these dreams surprisingly a lot), but we were living in my house (except not really, it was kind of a combination of the East Pointe Cherry Grove apartment and my house), and the assistants shared the house with us. I was doing something or other, and it was past bedtime, but I wanted to finish whatever it was, so if anyone asked me, I was going to use the excuse that I didn't remember that bedtime was 10:30 because I just came back to the mission.

I was for some reason on the floor in the assistants' room around midnight, trying not to be seen while doing something important, when I heard some rustling and looked up to see Elder Poulin wearing an emerald green Spanish flamenco dress and heels, twirling around and clicking his castanets.

Later, my mom popped out of hiding and threw socks at me and I screamed.
Posted by Spencer at 7:55 AM 9 comments: